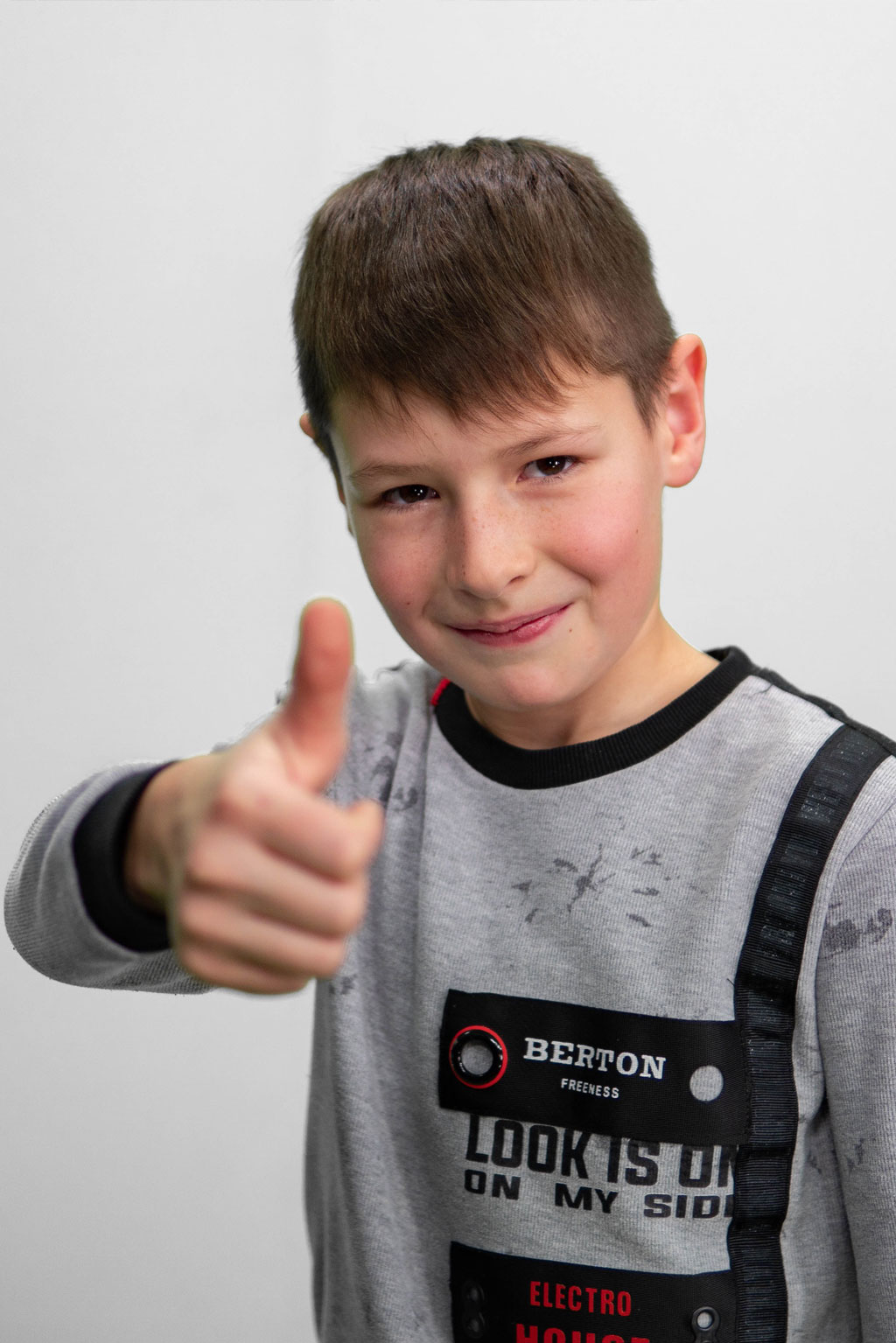 Yesterday at our office we could hear the child`s laughing. Matkovskyy Artem together with his parents came from the village Zaplatyn, Lviv region, leaving at home his younger brother. In his 4.5 years, Artemko already knows almost all the colors and letters. He likess to draw and has many coloring books at home. Artemko is curious and inquisitive boy, a little restless, but obedient. When we asked him what was the capital of Ukraine, he answered, “Kyiv”. Somewhen Artemko will recollect how he visited the charitable foundation of “Sister Dalila.”

In fact, now the by has got his carefree years of childhood, the cognitive years when he needs to decipher the world around, asking parents lots of “why?” questions. For parents all children’s achievements are a great joy: a new learned color, a letter, a poem, a song, and all worries are pleasant, only if the child were healthy…

For Mrs. Zorianyana and Mr. , the child`s parents there are unpleasant worries such as – fundraising for medicines for Artemko. The boy was diagnosed with congenital heart defect – Perymembranoznyy defect of interventricular septum. Correction of defects in 2011. High pulmonary hypertension. Relative tricuspid valve insufficiency III. CHF II type.

The medical drug Revatsio, which costs about 19 000 UAH. was prescribed to the boy.

At this time, Artemko receives free treatment under the regional program to improve medical care for patients with pulmonary hypertension in the Lviv region in 2015-2017 years.