Back To Home
Mariposa Journal 27 September 2022 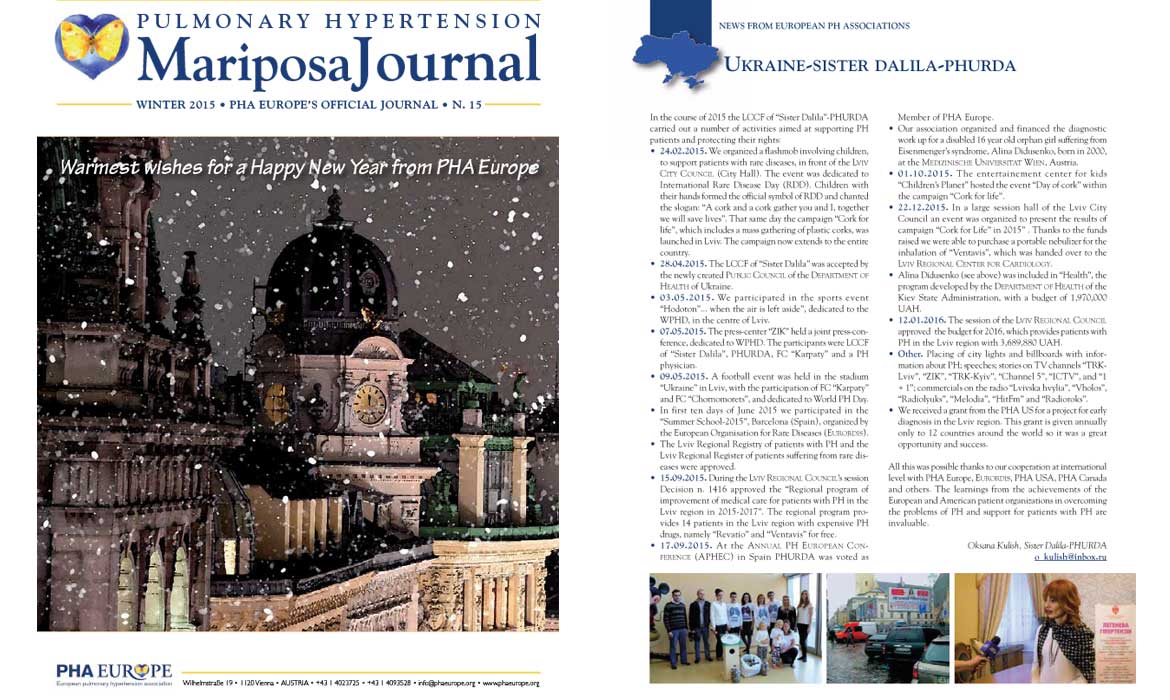 In 2015 the LCCF “Sister Dalila”& PHURDA carried out a number of activities aimed at supporting PH patients and protecting their rights. We organized a flashmob involving children, to support patients with rare diseases, near Lviv City Hall. The event was dedicated to International Rare Disease Day. A football match dedicated to World PH Day was held between FC “Karpaty” and FC “Chornomorets” in Lviv. This year was marked by very important changes for PH patients in Lviv Region. The Lviv Regional Registry of PH patients and the Lviv Regional Registru of patients suffering from rare diseases were approved. During the LVIV REGIONAL COUNCIL’s session there was approved the “Regional program of improvement of medical care for PH patients in Lviv region for 2015-2017”. The regional program provides 14 patients in the Lviv region with expensive PH drugs, namely “Revatio” and “Ventavis” for free. In September 2015 at the ANNUAL PH EUROPEAN CONFERENCE (APHEC) in Spain PHURDA was voted as Member of PHA Europe.